Been thinking of shopping Waves for a while? The time is now to pull the trigger. In today’s news, Waves Audio slashed a whopping 50% off from the prices of all its products – including plug-ins, bundles, applications and upgrades. Between today (February 7) and tomorrow, February 8 (until 10am EST), you can grab ahold […] 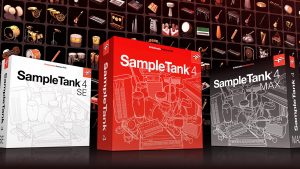 IK Multimedia’s AmpliTube 4 guitar and bass software has recently received a new Live mode for use with the company’s iRig Stomp I/O USB pedalboard controller. Here’s IK with the full story… June 20, 2018 – This update provides a clear and intuitive visual indication of the status between the pedalboard and AmpliTube. Users can […]