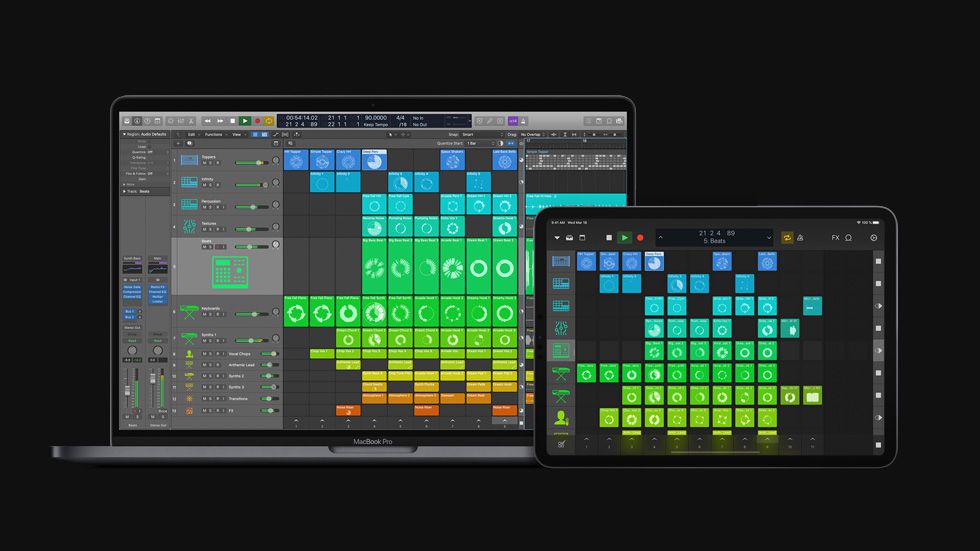 Apple’s Logic Pro X saw a huge update today – referred to as the “biggest update” to the production software since its launch in 2013, by Apple themselves – with its latest edition, 10.5. Some of the most notable additions to the software with this update: a new live loops feature, the Step Sequencer editor, […]

Apple’s Logic Pro X saw a huge update today – referred to as the “biggest update” to the production software since its launch in 2013, by Apple themselves – with its latest edition, 10.5. Some of the most notable additions to the software with this update: a new live loops feature, the Step Sequencer editor, […]

Via from Starling is a hardware platform for creating a range of Eurorack modules. The hardware remains the same while the internal firmware, function and faceplate can be developed into all sorts of modules. Via The hardware format they’ve settled on consists of a 12hp module and an 8hp expander. The module has 4 knobs, […]

Blue Cat Audio has finally unveiled its Re-Guitar plug-in that I wrote about back in January. With the plug-in now available, we also have audio demos of this intriguing new plug-in in action. Blue Cat Audio Re-Guitar The idea is simple enough: make your guitar sound like a different model. The idea has been tried […]

FamilyTool – an extension to the Mother-32, DFAM or any semi-modular

From UNCPROP Modular comes a 20hp extension for your semi-modular synthesizer. It’s designed to match the aesthetic and workflow of the Moog Mother-32 and DFAM but it can be used with anything that has Eurorack patch points. They describe it as a “Mult-Or-Switch” and it’s on Kickstarter now trying to raise €25k in preorders. FamilyTool Not […]

Positive Grid is giving everyone a free download of its Bias Amp 2 LE software bundle. The only caveat is that you need to do it by the 26 December. So, if you want to grab some free guitar effect software, you’d better get over there now.  Positive Grid Bias 2 Amp LE Positive Grid […]

Mystic Circuits have been having a lot of fun with their Zero-HP range of passive external Eurorack processors. But now they’ve released their first proper Eurorack module which takes up a whole 6HP and requires power and everything. ANA provides a whole bunch of useful and logical utilities. ANA ANA takes two attenuvertable inputs and combines […]

Abstract Data introduced their first oscillator module. They are calling it the ADE-40 Shaping VCO. Let’s have a look. ADE-40 Shaping VCO It’s an all analogue VCO generating your three standard sine, triangle and ramp waveforms. But the “Shaping” part comes in with the built-in voltage controlled waveshaper. It brings in a sort of PWM […]

The brand new PRS SuperModels amp plugins are the latest plugin collection from Waves and were designed in conjunction with Paul Reed Smith himself. Based on three desirable PRS valve amps and available for a short time at a nice introductory price point. PRS SuperModels The bundle announced back in January during the Winter NAMM Show has […]

Abstract Data has a knack for comprehensive Euroack busting multi-functional modules. The ADE-32 Octocontroller massive modulation device was one of the most interesting modules of last year. The ADE-33 Event Boss has some similar potential in but with a rhythmic and pattern creation focus. ADE-33 Event Boss It’s not very interesting to look at although it does […]