Kraftwerk win sampling lawsuit – what next for European copyright law?

It took 20 years, but justice has been dealt at last. In a case filed in the late 90s, the European Court of Justice ruled in favor of Kraftwerk, deeming the sampling of the band’s 1977 tune “Metall auf Metall” by the producers of singer Sabrina Setlur (in her 1997 song “Nur Mir”) unlawful. Granted, […]

ORBIS: The World Synthesizer from Spitfire and David Fanshawe

Every now and then a new product gives you chills. I felt the hairs go up on the back of my neck watching the 1-minute trailer for ORBIS. It’s the latest instrument from sampling supremos Spitfire delving into the extraordinary archive recordings of global sonic explorer David Fanshawe. ORBIS: The World Synthesizer For over 4 […]

The Teenage Engineering OP-Z gets a new OS update to version 1.2.5 which includes the much-desired sampling mode. OP-Z It’s not a massive update but one that many people have been waiting for. It gives the OP-Z the ability to sample and supports the OP-1 sample format including pitch, gain, playmode and reverse parameters. The […]

Well, we guessed from the tease that it was going to be something about drums and now IK Multimedia has revealed MODO Drum a virtual instrument built on physically modeled drums and percussion. MODO Drum The idea is to offer the most customisable drum kits the world has ever seen. Using a combination of model […]

Get more free plug-ins and music freeware for your collection

Some very interesting content got put up as freeware today and over the past couple of days. Chief among the freebies has to be a pack of four full-fledged software synths from developer TrapDoor Audio. It will load you up with synth sounds for days and weeks to come. Also interesting are the Ambient soundscape […]

The little man on the front panel and the name seem to reference the classic 1983 Commodore 64 platformer Lode Runner. But then you’d sort of assume that this would be 8-bit and have something to do with SID synthesis, but it’s not. Load Runner is a Granular Synthesizer that takes 16bit wav files and […]

It’s been a pretty good week here at Gearnews’ freeware HQ. Over the last 7 or so days, we got top-notch stuff like the exotic Dulcimer instrument, a mammoth update to Loopnasters’ Loopcloud sample slicer/manager, a cute multimode filter, and a hefty EDM-centric synth. Read on… Spitfire Labs Dulcimer The 13th addition to Spitfire’s LABS […]

Twisted Electrons is bringing us Deton8, a little drum machine that uses a mix of 8-bit samples and wavetable synthesis. Don’t be fooled by the size of the tiny box: It packs a lot of explosive power and comes with many good ideas. After the Crazy8 Beats sequencer and the hapiNES and uAcid8 mini synths, […]

Tracklib has picked up on current affairs and launched a beat contest titled “Impeach The President”. Which, coincidentally, is one of the most sampled tracks of all time, originally by The Honey Drippers. “Impeach The President” came out in 1973, at the height of the Watergate scandal, and was directly aimed at President Nixon. With […] 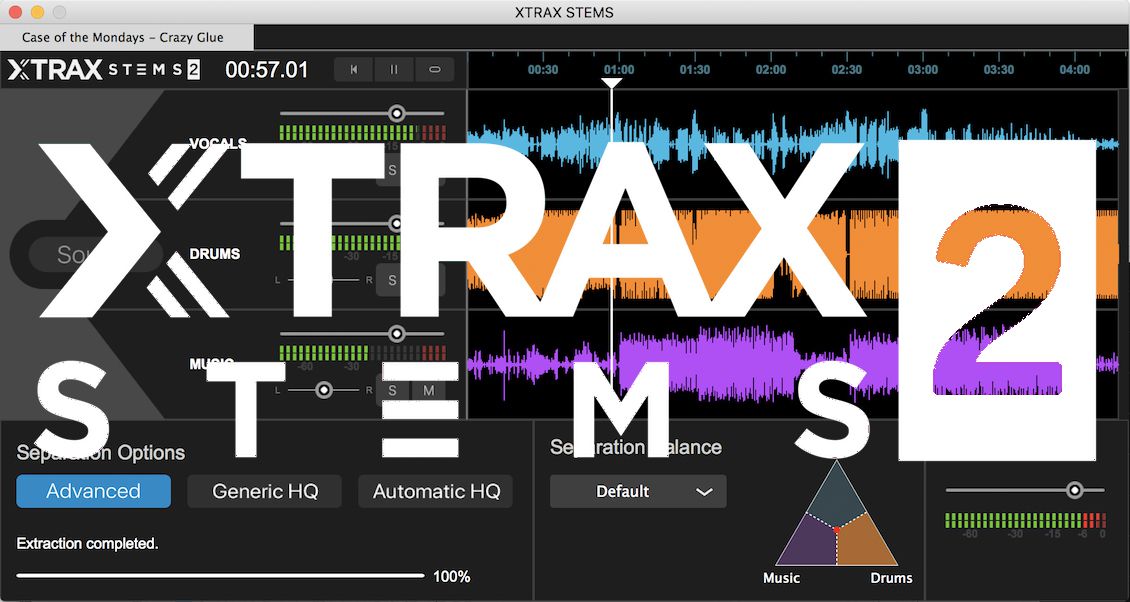 Review: Audionamix Xtrax Stems 2 – The Next Step in Track Separation?

The dream of one-click a cappella and instrumental tracks may soon be upon us. Audionamix Xtrax Stems 2 harnesses improving machine-learning algorithms to crank out better vocals, drum parts, and music beds from fully-mixed song files and export them as WAV or Native Instruments Stems files. But just how close does Xtrax Stems 2 get […]