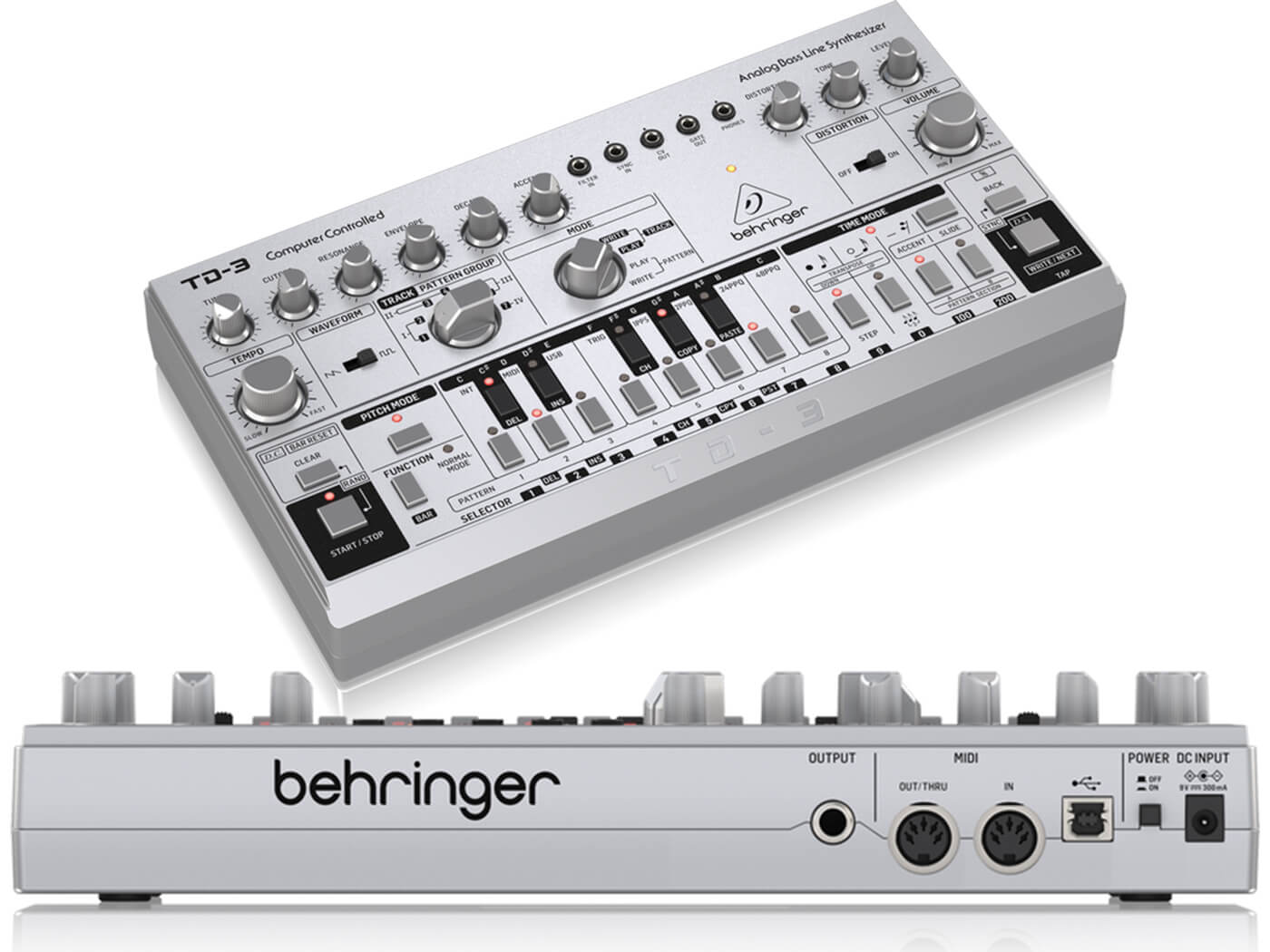 So, the code from the teaser video was legitimate – “3+3+2. 3×3+2”. It’s 8 November (8/11) and it seems Behringer unleashes the TD-3 today, with a YouTube premiere scheduled for 5 pm GMT, with an acid house smiley as the preview. According to leaked information revealed last night, the TD-3 is a TB-303 inspired true analogue synthesiser, featuring “authentic reproduction of original circuitry” according to the manufacturer. A few photos were also leaked onto the same GearSlutz thread where the specs were spread. No surprises on the design here, following the traditional silver casing and rigid cut knobs that were seen on Roland’s original acid monster. The front panel looks almost identical to the TB-303, with slight changes including waveform selection above the 16-step sequencer and a dedicated distortion section. While Roland’s Boutique TB-03 did include an overdrive section, Behringer has used circuitry from its Boss DS-1 distortion pedal, featuring parameters to adjust the amount, the tone and level.

TD-3’s filter is a 4-pole low-pass resonant filter, complete with cutoff, resonance, envelope, decay and accent controls. As aforementioned, the VCO, VCF and VCA designs are said to be an authentic reproduction, so it’s going to be interesting to hear the comparison demos that we can surely expect.

The 16-step sequencer features seven tracks, each with 250 user patterns, where presumably you can load and store your own patches, and an arpeggiator. A 16-voice Poly Chain lets users link multiple synthesisers for a combined 16-voices of polyphony – MIDI and USB connections are built-in to cater for this. It’s powered by a 9V DC input, but can also be bus-powered with USB. Designed and engineered in Italy.

Rumour has it the bass synth will cost around €150 – substantially less than the cost of a real TB-303 in 2019. This is still speculation, however, so once more details arise we will be sure to keep you in the loop.

The post Behringer’s acid dreams are made true with the TD-3 appeared first on MusicTech.