4MS has taken on the issue of how you listen to your Eurorack with a range of mixer and I/O modules that feature headphone sockets and modular and line levels.

It’s a four channel stereo mixer with line, modular and headphone outputs. The top two channels are mono with pan pots, the bottom two are stereo with two separate input sockets, or mono if just one is populated. Each channel has a dedicated volume knob with LED signal lights and there’s a main level knob at the bottom with clipping indication. The output can be switched between modular and line levels which means you can use Listen Four purely within your rack or use it as an output module for taking your music to an external mixer, audio interface or speakers. It’s all finished off with a minijack headphone socket with its own independent level control.

One genius feature is that on the back of the Listen Four is a header to chain up other Listen Fours (or Listen Four Quarters – see below) to create 8, 12, 16 or more channels of mixing. You can use the same header to connect to the 4MS Wave Recorder module to capture your jams without using patch cables. 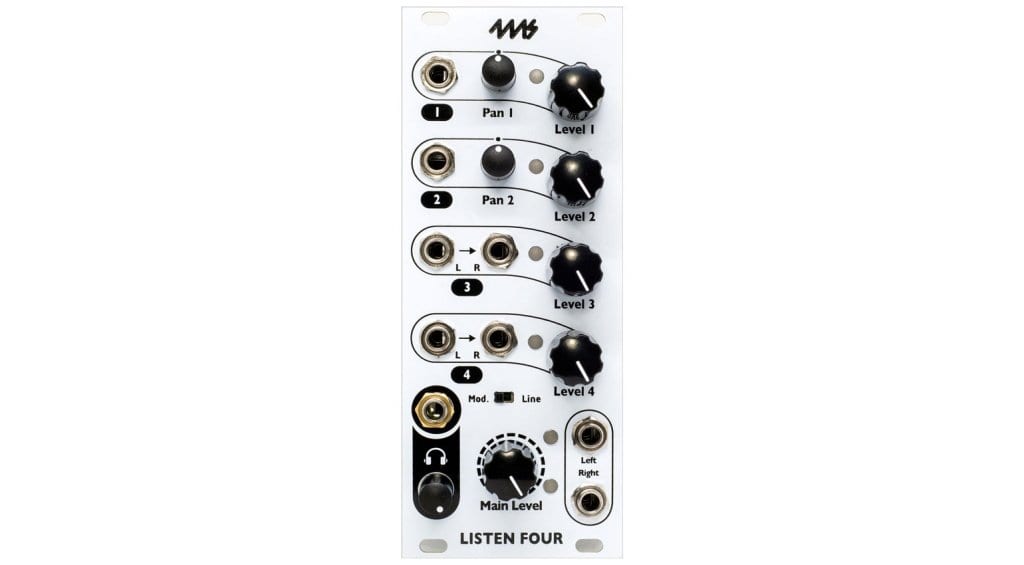 This is identical to the Listen Four but they’ve widened it a little to accommodate 1/4″ TRS balanced jack outputs. 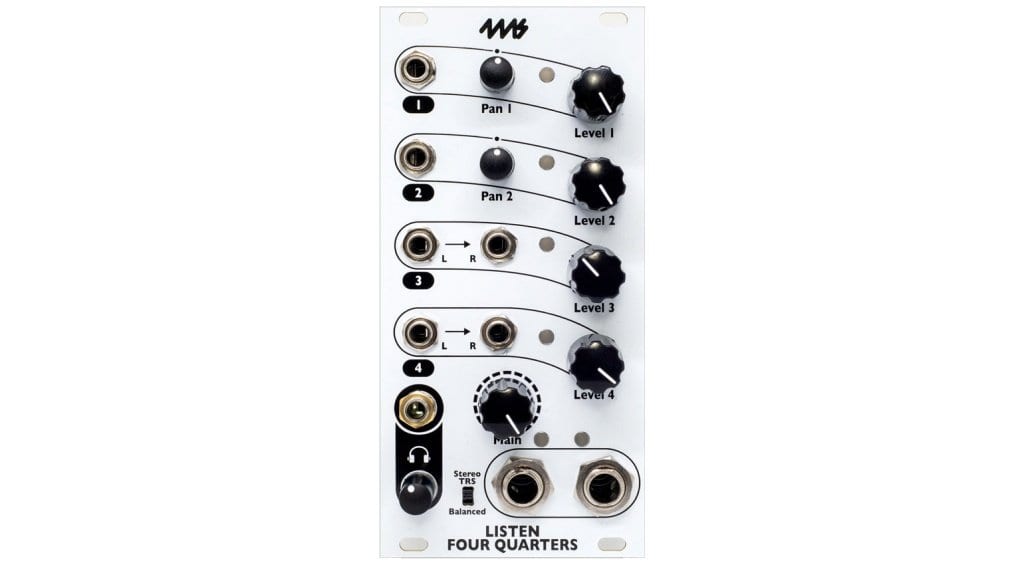 The Listen IO is designed to get signal into and out of your Eurorack and converting to and from line and modular level. The top half converts any external signal, say from synths or guitars or your computer to modular levels using +30dB of gain. The bottom half does the opposite and takes any modular audio out to your external gear for recording or listening. The stereo line output can also be used as two headphone outputs which suggest that you might have a friend who would want to listen to your modular nonsense. It’s a lovely thought. 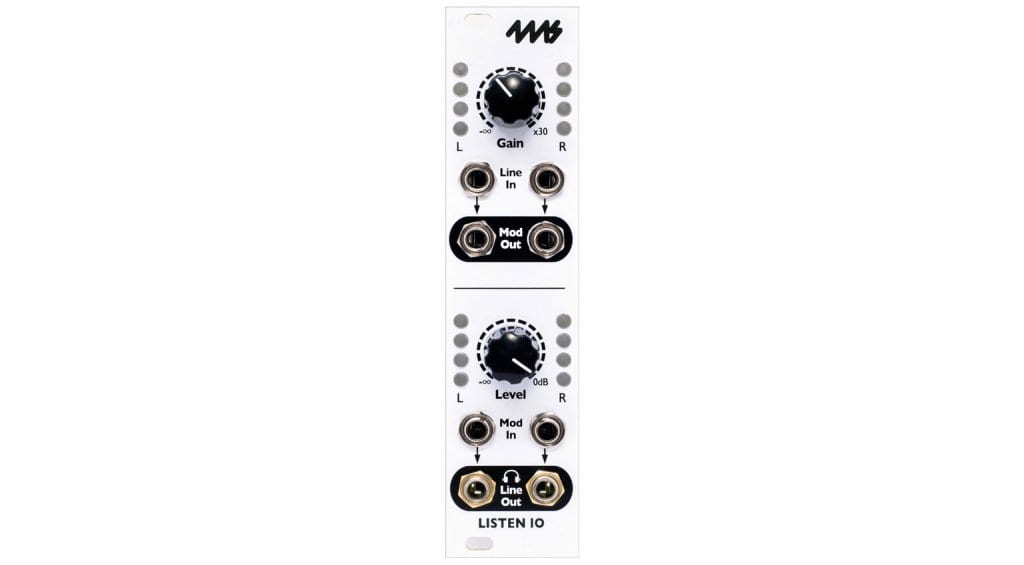 The Listen range of modules are well thought out and desperately useful things to have in your rack. I think increasingly we’re looking for compact and expandable ways to mix within our racks, especially in live performance, and 4MS has come up with a really decent solution. They also tie nicely into their new Pod Eurorack cases which are designed to bring Eurorack modules to the desktop to play amongst other desktop synths. All the modular and line level conversion makes a whole load of sense.

The post 4MS new modules let you plug in your headphones and Listen to your Eurorack appeared first on gearnews.com.